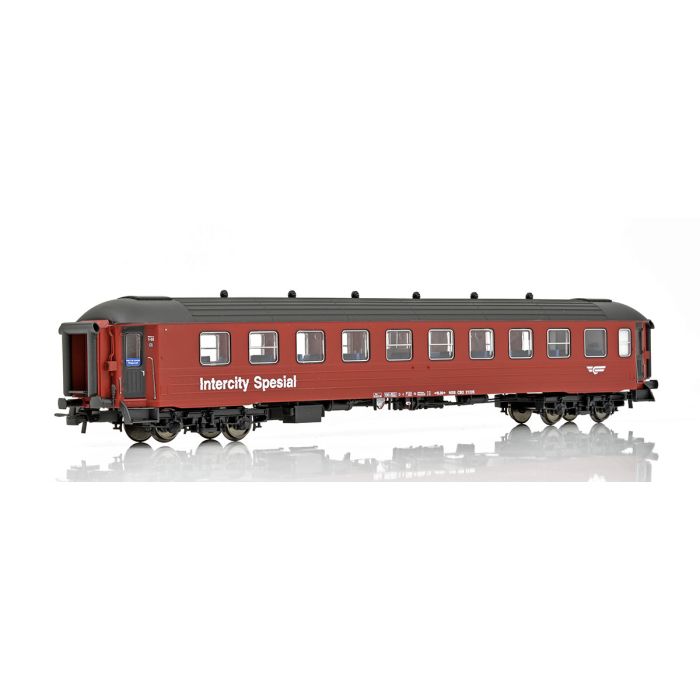 Topline model of Intercity Spesial coach CB2 21225 with very good detailing on the body, body, undcarriage and bogies and with corrugated roof

In 1990-93 many B4s were rebuilt to “Intercity Special, Saloon coaches and to "Barnetoget" a children’s play compartment together with seating arrangements for the families. One coach was also rebuilt as a Chapel "Train Chapel".

These got a very long life, as they were delivered in 1947 and the last coaches were in operation and in use until 2006.