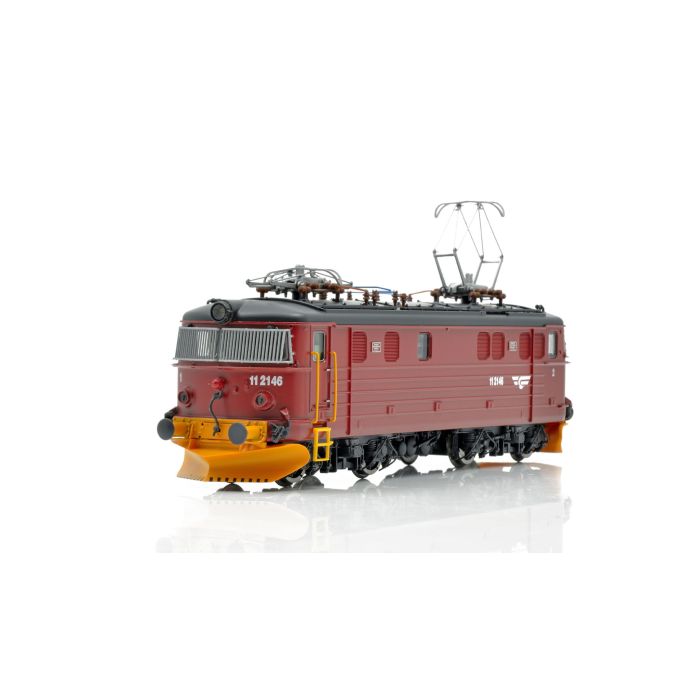 NMJ Topline model of the NSB El 11b.2146 in the red/black livery with yellow snow plows

NMJ Topline model of the NSB El 11b.2146 in the red/black livery with yellow snow plows.

NSB El 11 was a important part  of the modernization program ” End of Steam”.  EL 11 was technically a blue print of the SBB Re 4/4 I with another body.  41 EL 11 were build by NEBB/Thune from 1951-1966.   2145-2150 were of the El 11b type with two front windows and multiple contacts. El 11 was a light universal locomotive for passenger and freight service very well adopted for Norwegian conditions and with good driving conditions.  Used on all the electrified network in Norway and in the trains to Karlstad and Gothenburg in Sweden.