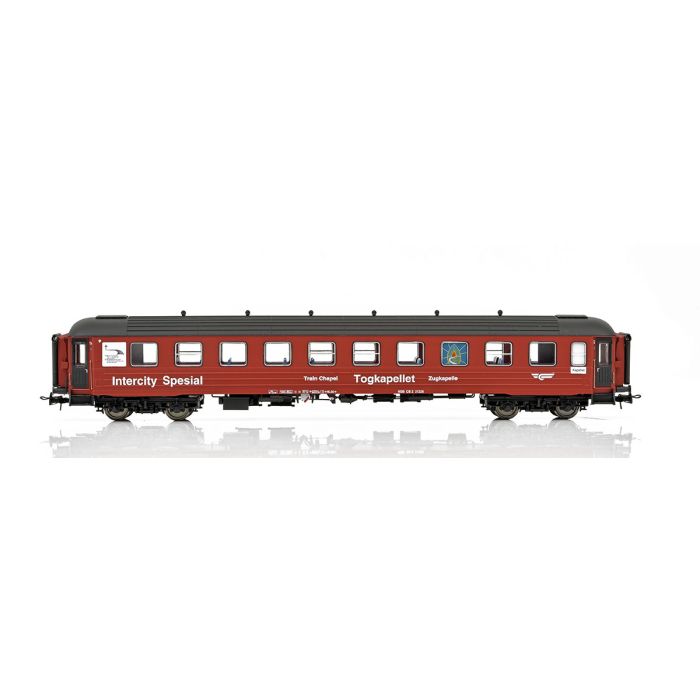 Topline model of this very special coach with very good detailing on the body, body, undcarriage and bogies and with corrugated roof

21226 was rebuilt from B4 to CB3 in 1986 and later the interior was rebuilt to Train Chapel. This might be the only Train Chapel in Europe. A railway wheel forms the alter inside.

In 1990-93 many B4s were rebuilt to “Intercity Special, Saloon coaches and to "Barnetoget" a children’s play compartment together with seating arrangements for the families. One coach was also rebuilt as a Chapel "Train Chapel" and is still in use and placed in Åndalsnes, at end of the Rauma line.

The last passenger coaches were in operation and in use until 2006.