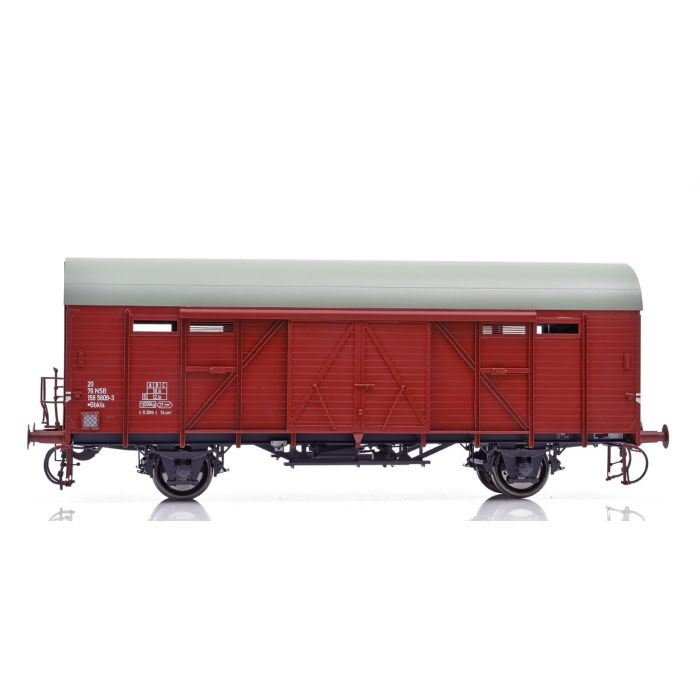 Hand made top detailed Superline brass modell of the G4 with 7,2 m axel distance. With all details on the body, chassis and brake system. Plate wheels and painted lettering. We offers 10 different versions of the G4 type with only 5 of each number,. Totally 50 pcs.

G4 was the most common box car type in Norway with more than 1800 built. G4 built before 1953 had an axel distance of 6 m, thereafter 7,2 m. Some G4 were rebuilt to the refrigerator type G4 and Iblps. G4 nicknamed the “Elephant” was until the UIC sized Gbs came in 1964, the largest box car type of NSB. It  was common in the freight trafic to mid-1990. The G4 was even used as passenger wagon in connection with easter holidays.